Upon opening the capture file with Wireshark, it’s immediatly obvious that it contains USB traffic. However, it wasn’t obvious to me what device(s) the traffic is for. I sorted the logs by ‘Protocol’ hoping for a protocol at a layer above USB. Sure enough, there is one USBHID message.

My initial assumption was that this was keyboard traffic. But intuitively, the data didn’t appear to contain keypresses. So after a few moments of looking at the logs, I remembered reading a writeup a few months ago for a CTF in which they were given a capture file containing USB traffic.

Sure enough, I found the writeup! The folks at wiremask have written a great writeup that helped me a tremendous amount in solving this challenge.

I was able to find the USB vendor and product ID:

Yup, looks like a mouse to me!! So I continue following right along with the other writeup.

I extracted the mouse data from the pcap-ng file using tshark.

Next, I wrote some code to read the mouse data from text into memory.

And finally, plot the mouse traffic onto an image. 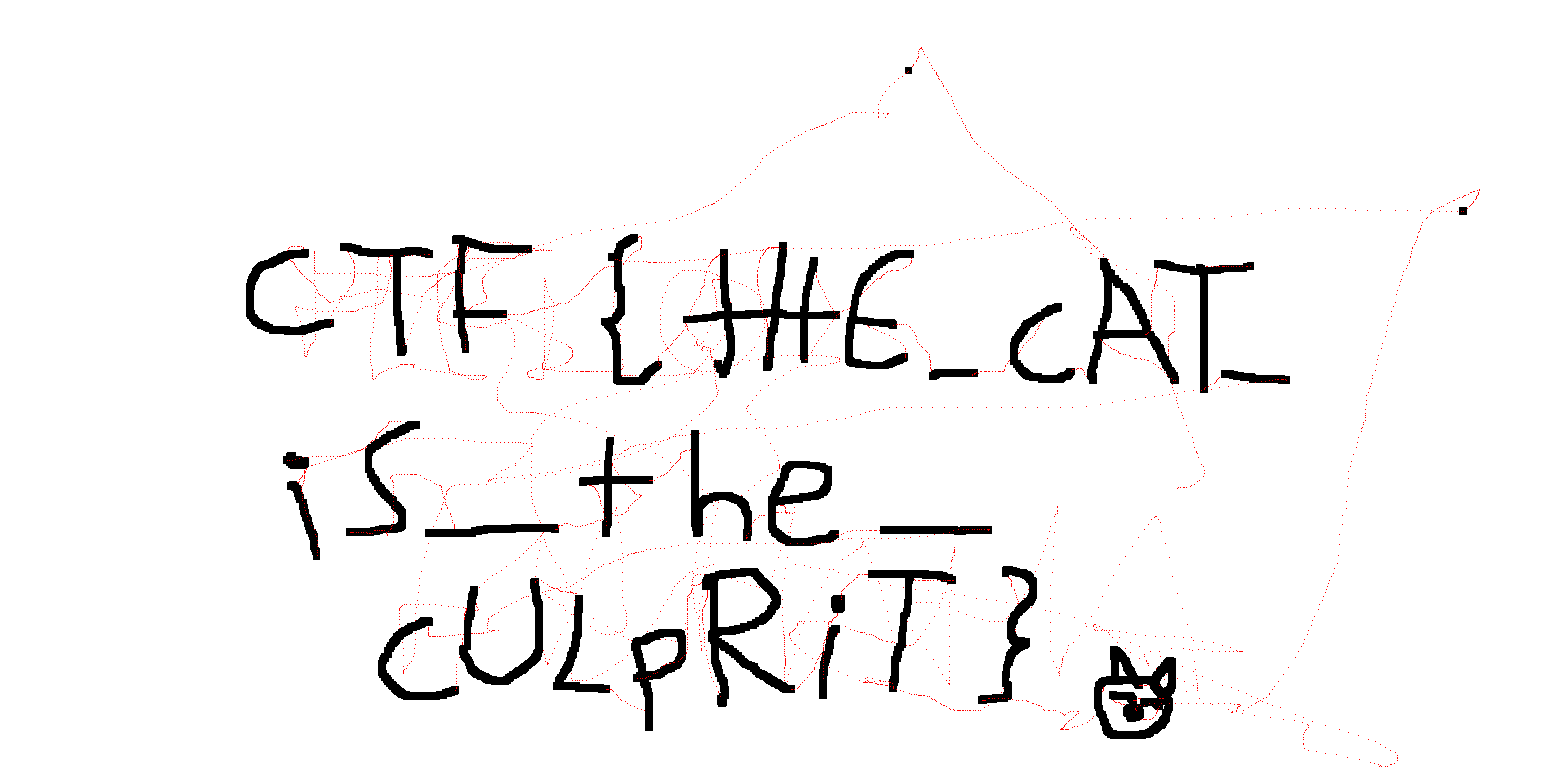 After a little bruteforce to get the capitalization right, I finally get the scoreboard to accept the flag.